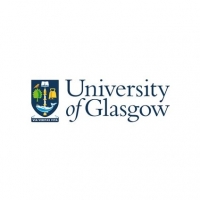 Mediascape are an approved supplier on the APUC Framework in Scotland for the Design, Supply, Installation and Maintenance of Audio Visual and Videoconferencing Systems.

One recent project on this framework was to design and install a double dual screen lecturing system in the prestigious Bute Hall of the University of Glasgow. This was a very unusual project due to the historic and ornate nature of the venue – it is the venue used for graduations, weddings and high end events within the University. Mediascape worked with the Architect and the main building contractor to provide a solution that would provide a satisfactory teaching solution as well as being respectful to the building aesthetics.

This system comprised of two dual electric tab-tensioned 4.2m electric screens being installed down one side of the Hall. As the height of the hall is approximately 20m, the fixings of these screens was always going to be difficult. A solution of ceiling mounted hoists was agreed upon, with a crossbeam truss at upper balcony level also being installed to hold the screen housings in place. This system would allow the screens to be closed within their housing at the upper balcony level and also when the full housing has to be removed from site, the hoists would raise them to the full ceiling height.

Mediascape were responsible for the size and position of the screens and the fixings of these screens to the trusses and the hoists being installed by others. Unfortunately due to asbestos issues, the final trusses have not as yet been installed and therefore we had to fix the screens to temporary trusses put in place.

Mediascape were also responsible for identifying the projection solution and also the projector positions within the hall. This had to be a practical solution for teaching and also an aesthetic position sympathetic to the nature of events also taking place within the hall. Part of our remit was to produce a satisfactory design and solution for a DDA compliant teaching desk that could be moved into position when required and also removed when the hall is being used for other events. Mediascape provided the technical solution of connection interfaces for this requirement.

Mediascape supplied and installed the fully audio visual solution which included connection in to an existing sound system previously installed by Mediascape within the hall. Also, the design and programming of an AMX touch panel control system.

The project was completed and handed over on 12th September 2014.

The image above shows the four projectors mounted on anti-vibration mounting plates under the upper balcony. The position of these had to be calculated to  use maximum lens shift from a discreet position and to ensure the four screens on the opposite side of the hall were uniformly installed in relation to the existing structure and pillars within the hall. The image below also shows a sample of the speaker system previously installed by Mediascape and which were colour matched to the fabric of the hall. 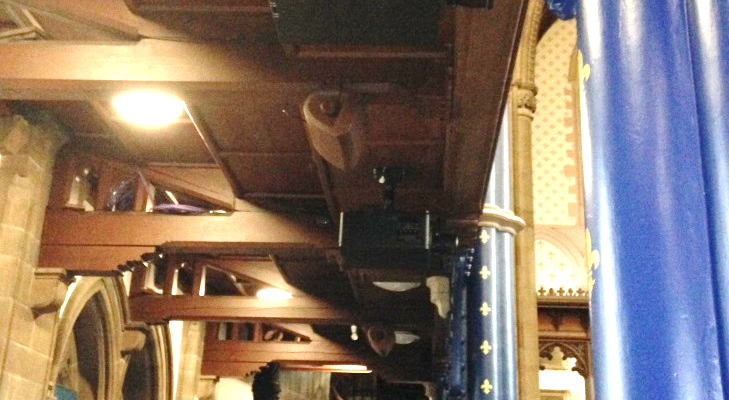 We work with the best of brands and the latest technology to provide state-of-the-art audio-visual solutions to meet your unique requirements. We work across a range of industries, from corporate settings to education, public sector, and the arts. Get in touch today to arrange a bespoke quote. 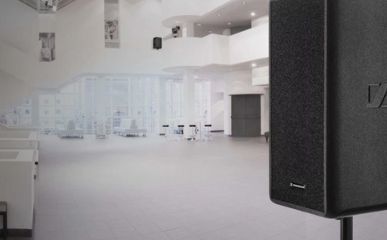 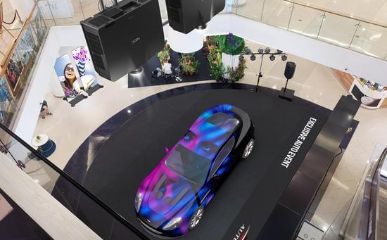 Digital projection offers the flexibility to suit different purposes, while providing many opportunities to deliver visually appealing and engaging content. 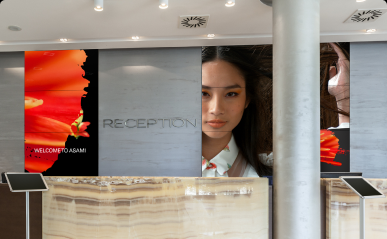 Digital Signage allows information, advertising and other forms of messages to be shown via an electronic display. 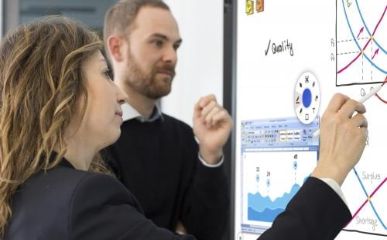 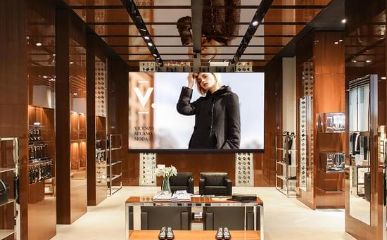 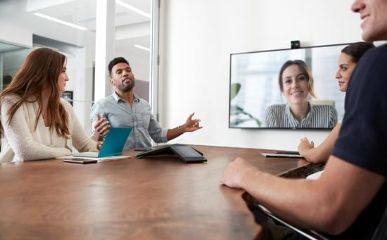 Video conferencing and virtual meeting technology allows you to effortlessly collaborate with external teams and employees.

Get a free quote