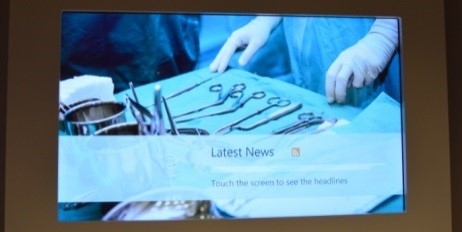 Mediascape was selected via competitive tender to design, supply, install and configure the AV design for the new exhibition. All AV technology, configuration, set up and control provided by Mediascape; Multimedia creation was provided by Heritage Interactive 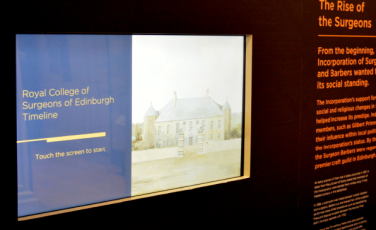 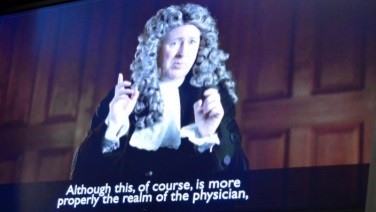 - Heritage also created footage for 10 different film stations throughout the museum. A total of 39 short films were used showing various aspects of surgical practice. Each film was edited to ensure content was appropriately paced. Title graphics and subtitles were added for accessibility.
- To enable museum staff to update the interactive timeline, Heritage Interactive developed a bespoke CMS that allows for adding new items to the timeline, and update existing items, adding text and imagery.
One of many interactive kiosks allowing visitor exploration via touch screen. 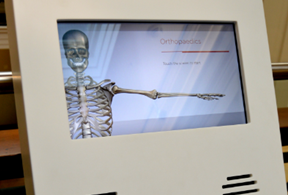 One of many interactive kiosks allowing visitor exploration via touch screen.

This was a high profile installation opened by Prince Phillip and broadcast on national news channels, both TV and Web.