After the horrors of the First World War, the University looked for a lasting memorial to those lost in the battles. The University decided to build the Memorial Chapel for the fallen which was then dedicated for divine worship on 4th October 1929.

The names of the 755 University men and women who fell in the Great War are recorded on the tablet sat the east end of the Chapel.

The Chapel continues to be the hub of worship within the University. It welcomes people of all religions and backgrounds and regularly holds multi-faith ceremonies to strengthen community ties. 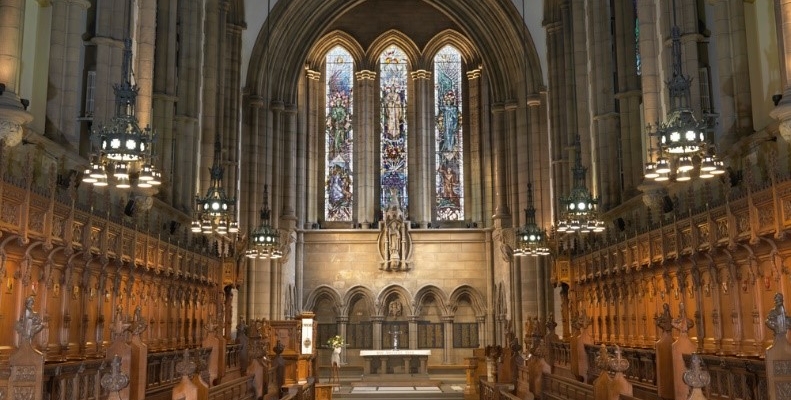 As part of the Chapel's aim to bring events in the chapel to those who cannot attend, Mediascape installed a fully visual and audio system in 2005 that could be streamed live to anywhere in the world. This included cameras and microphones mounted throughout the chapel and a full speaker system to facilitate audio to be heard throughout this great location.

The Chapel in Glasgow University is increasingly being used, not just for Religious Services and Marriages, but as an important conferencing venue and in February 2018, Mediascape carried out a full audio upgrade.

This increased and demanding use requires an audio system that provides clear and intelligible audio to all users in any part of the space and will allow simple set up for most regular uses combined with the ability for University technicians to take control for major conference uses. 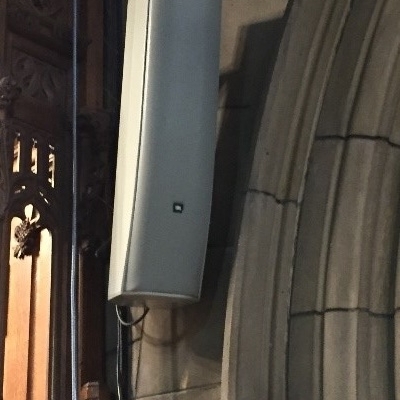 The loudspeakers being used are from two manufacturers. The speakers for the main church seating area are from German manufacturer Fohhn, whose products are known for their efficient drivers coupled with very natural sound. These will be supplemented, when needed, by JBL articulated array speakers covering the far end space. These speakers are designed to minimise the sound output that creates reverberation, which reduces intelligibility. The model used is designed for speech intelligibility, such that the sound level will not need to be high to allow clear, understandable speech as well as programme material right to the back wall. 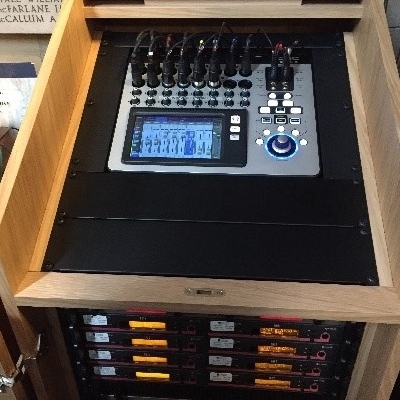 The central controller is a QSC Touchmix digital audio mixer. It will allow programming of presets for particular uses such as Sunday services, Readings or Concerts.

The system has some nice quirky touches such as:

- Cameras hidden in the two entrance ways to the chapel to allow the organist (in the loft) to time his playing for when a bride arrives.

- A video and audio feed are sent to the chaplain offices which allow remote monitoring of events.

- Specially adapted radio microphones can be hidden in bibles or attached to desks to ensure audiences both in the chapel and anywhere in the world can clearly hear the spoken words.

"Mediascape installed the original sound and video system in 2005 and over the years this greatly enhanced the experience of those attending Services and events in the Chapel. In turn this brought increased attendances and opened up the possibility of new types of events. We require to respect the sanctity of the Chapel within an aim of increasing its use to let more people experience its wonderful and artistic setting as a Memorial to those who served in The Great War and as a place which reflects the lives of our student, staff and alumni community today. Mediascape won the tender for the upgrade and carried out the work in a way that was sympathetic to the Chapel and its setting, including the design to the exacting requirements of the University's Audio Visual Services. It was carried out with the minimum of fuss and disruption and many have commented on how much better it is than the previous system"