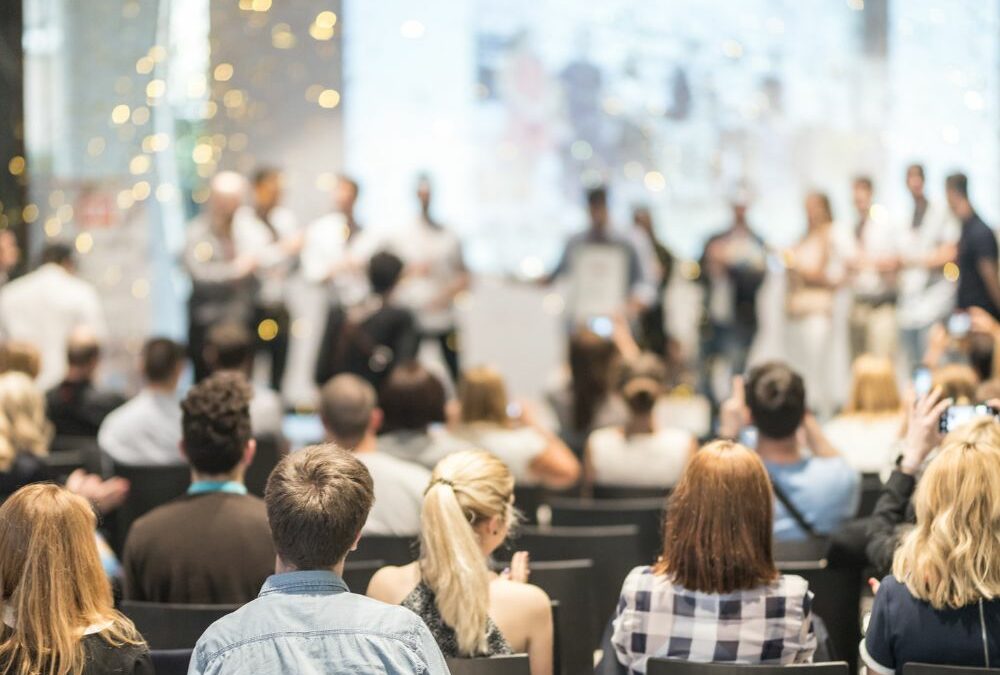 The awards, which were presented by Scottish broadcaster GrantScott, recognised some of Britain’s top business talent and acknowledge exceptional leadership. We are delighted to announce that Mediascape’s Managing Director Niall MacDonald has been recognised as Highlands and Islands Enterprise Regional Director of the Year! 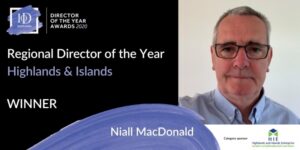 The awards, which were held virtually for the first time ever, ran completely smoothly without a glitch (pardon the pun) thanks to the powers of video conferencing technology.

It’s got to be said – it was also a first for Niall to be attending an awards dinner in his kilt from the comfort of his own home!
“It was completely unexpected but rewarding to be recognised for this award” Said MD Niall MacDonald “Being recognised by the judges for leading the creation of a culture that enabled my previous business, Aquascot, to embark on an ambitious 5-year growth strategy was special. So, this is particularly significant right now as I have recently been appointed as Managing Director for Mediascape, who are also employee-owned. It is phenomenal to work with people who are experts at what they do, 100% care about our customers and are passionate about improving AV solutions and communications for our large client base across Scotland. The employee-owned culture is absolutely inspiring and fits perfectly with my values and clearly align with those of the team…Exciting times ahead!”

MalcolmCannon, National Director of the Institute of Directors in Scotland, commented:

“The Highlands & Islands is home to a hive of leadership talent. Both Niall and Martin (Dunnet Bay Distillers Ltd) were recognised by the judges for their dedication to the growth of their respective businesses, as well as working with their teams and building relationships with the wider community.

“We were overwhelmed by the amount of entries this year, and our judging panel had the tough job of whittling down almost 200entries to just 54 final contenders for our prestigious awards. Amongst our winners, we were most impressed by those who, despite their position, are not afraid to continually develop and actively encourage training to keep ideas fresh. By creating vibrant and positive cultures, leaders are motivating their teams to improve their organisation. This is no mean feat given current market conditions.”

The Institute of Directors (IoD) in Scotland was founded in 1903 and obtained a Royal Charter in 1906. With approximately24,000 members in the United Kingdom and overseas, they have eight branches -Edinburgh, Glasgow, Central, Tayside, Fife, South of Scotland, Aberdeen and Highlands and Islands. Membership includes directors from right across the business spectrum – from media to manufacturing, e-business to the public and voluntary sectors. Members include CEOs of large corporations as well as entrepreneurs and directors of public sector bodies, charities and start-up companies.

The IoD is dedicated to encouraging entrepreneurial activity through good governance and responsible business practice. It provides an effective voice to represent the interests of its members to key opinion-formers at the highest levels. 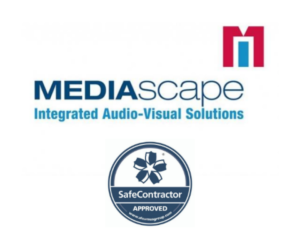 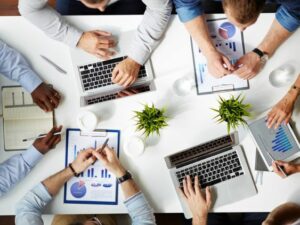 Bruce Farquhar: Employee Ownership May be The Answer for Business Succession