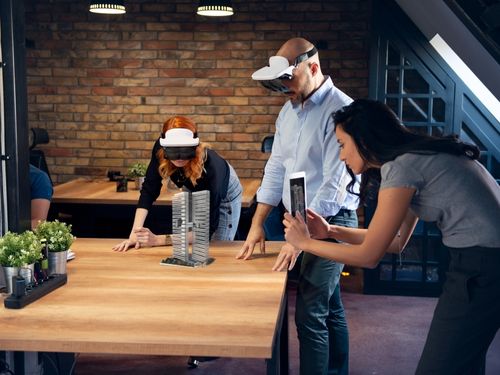 Three years after the initial introduction of the HoloLens, the second-generation headset has been released, the Microsoft HoloLens 2!

These mixed reality headsets bring a form of augmented reality that mixes the real world with virtual objects.

Launched on the 24th of February 2019 and its looking to be the start of a big hit in Augmented reality within the AV World.

“When you chang the way you see the world, you change the world you see,” said Satya Nadella, Microsfot CEO on stage during its launch.

It retains the clear glasses element as that’s fundamental to the way HoloLens works. You can now sign in with Microsoft Hello (superb) and there’s also improved eye / hand-tracking along with comfortable padding surrounding the headset.

View is one of the big upgrades for the HoloLens2. It’s a 2K MEMS (or microelectromechanical systems) display that Microsoft has employed here.

One of the advantages of the new headset is that it is passively cools and gives you around two to three hours of use per charge.

Mediascape already provides the original HoloLens to one of our large aerostructure manufacturer client and going forward we can see the Second Generation being the next step for augmented reality. 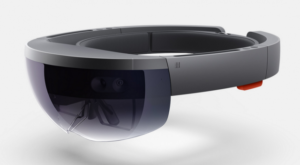 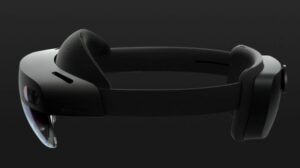 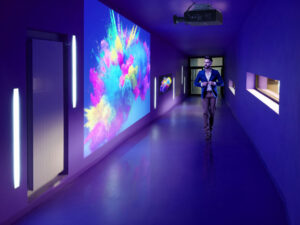 Bring Your Business into the Future with Holographic Displays 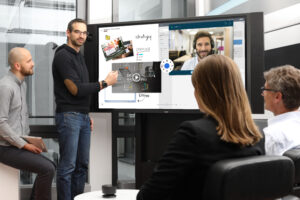 Get The Most From Hybrid Working With Touchscreen AV Displays

This is Huddly GO